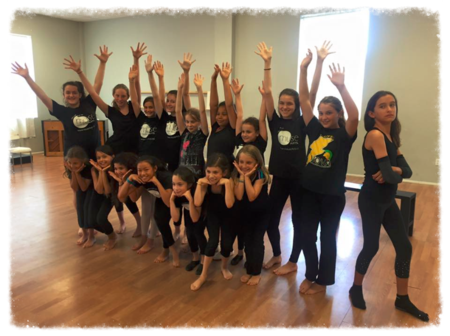 The MUSE Children's Theatre program is designed for students age 6 - 18 and is offered in two sessions. Session 1 begins at the start of the school year and follows the public school calendar ending in December with a performance at Christmas on Las Olas. This first session focuses on building technique and performance skills, while learning stage directions and auditioning skills. Towards the end of the session students audition and are cast in the production that is chosen for the 2nd session.

The 2nd session begins after the winter break. At this time class time turns into rehearsal time and the students further their skills while building a full scale Broadway style show, which they perform in a large venue at the end of the session.

Registration is ongoing provided there is space in the class. All students who join after casting will still have the opportunity to participate in the show as an ensemble member.
The cost of children's Theatre program is $100 a month and consists of 90 min of class once a week with additional rehearsal time as production time approaches. In addition, students participating in productions pay a one time production fee which varies based on the show.

Students in grades 6 - 12 are also able to participate in Acting classes which focus on acting for non musical theatre and film & television.